The city of Tokyo is one where innovation meets tradition. Tokyo is known for its historic shrines and temples, and performing arts such as Noh, Kabuki and Rakugo, which have been enjoyed for centuries. Its major venues which celebrate Japanese cultural traditions include the Kabukiza Theatre, the National Noh Theatre and the Kokugikan Hall. Meanwhile Tokyo is renowned for new trends in fashion, music, art, technology and animation, and as a cultural centre for creators in Japan and beyond. Social media tools originating in Tokyo, such as LINE, have spread throughout Japan and the world. Niconico, Japan’s largest video social website has over 50 million registered members. The Niconico Chokaigi festival, which allows members to connect in person, has been attended by over 15 million people. As well as being an international cultural hub, Tokyo’s identity encompasses many local identities including neighbourhoods such as Asakusa, Akihabara, Harajuku and Shibuya which have distinctive cultural characteristics.

One of the greatest challenges facing modern Tokyo is a declining birth rate combined with an ageing population. In 2020, Tokyo will host the Olympic and Paralympic Games, and there is a need to balance leaving a legacy for future generations with addressing the growing needs of an ageing society. The Tokyo Vision, the City’s long term cultural plan for the coming years, aims to use the Games to promote Japanese art and culture around the world. Many of Tokyo’s cultural venues built during the economic boom of the 1980s and 1990s are now in need of renovation, and this also needs to be balanced against competing financial priorities. Multilingual signs are being prepared for the city’s museums and cultural facilities, to help foreign visitors to the Olympic Games. This represents a significant logistical challenge for the City. Deciding how many languages should be included in these signs is always difficult and each cultural facility is trying to find their own solution with respect to the amount of information they want to communicate.

Traditional culture remains a significant inspiration for contemporary fashion, design and architecture in Japan. Despite this, there is some concern about the decline of ancient cultural forms in the modern age. Preserving traditional culture is therefore a priority for the Tokyo Metropolitan Government, which has introduced hands-on experience programmes in traditional Japanese cultural activities such as tea ceremonies and performing arts, both to schoolchildren and foreign visitors. 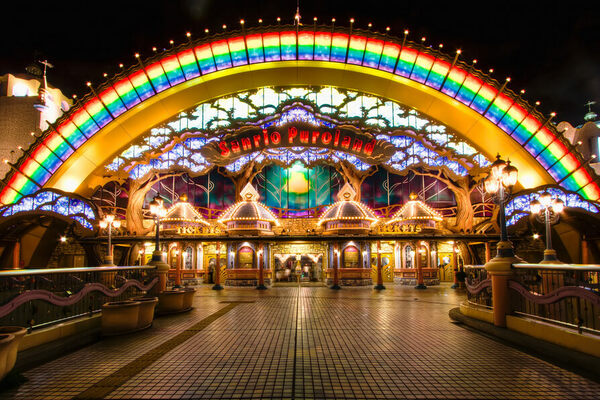